Londoners and cityworkers around the world felt the full brunt of the Extinction Rebellion protests earlier this year but private investors have also said the movement has had an impact.

Research in Finance’s November edition of its Private Investor Pulse study, which surveyed 303 individuals, revealed that one in seven private investors have begun to think differently about their investments as a result of the environmental movement Extinction Rebellion.

This is particularly surprising when you consider 67% of the private investors who took part are aged 55 or over – not an age group that is commonly associated with sustainable and environmental investing.

Extinction Rebellion was formed in 2018 to force government action on climate issues and has engaged in a number of protests around the world, including several in London in April and October this year which caused travel chaos throughout the capital, to highlight the cause. Activists targeted the House of Commons and London Fashion Week in a bid to “communicate the urgent need for change”.

Known as XR, the group are calling on the government to declare a “climate and ecological emergency” and take immediate action to address climate change in order to reduce carbon emissions to net zero by 2025.

In our Pulse study, when asked ‘has the ‘Extinction Rebellion’ movement affected how you think about your investments?’, 14% it had had an impact, which included an array of adjustments to portfolios.
For example, respondents said they were investing more in renewable and sustainable companies, were being more considerate of ESG criteria and/or avoiding oil & gas companies.

It was also encouraging to see that although 51% of private investors said Extinction Rebellion had no impact on how they thought about investments, 20% of this group had already thought about issues highlighted by the movement before Extinction Rebellion hit the headlines, indicating that ESG credentials and responsible investing is really beginning to be integrated into investors’ portfolio.

Nonetheless, other private investors said they disagreed with Extinction Rebellion’s approach and/or dismissed it as a “short-lived protest group” that did not offer practical solutions – a mood that was given airtime by the press at the height of the disruption.

In this wave, RiF also asked private investors about their plans to pass on their investment pots.

But more worryingly, only 49% have actually had discussions with their children and/or grandchildren about arrangements for their estate.

Do you plan to pass on an inheritance to any of your children and/or grandchildren?

Source: Research in Finance. All respondents with children and/or grandchildren (198)

Reinforcing the link between the younger generation of investors and more responsible investments over half (53%) of private investors said their children or grandchildren have or will have a stronger interest than themselves in ethical/sustainable/responsible investing. Only 6% said interest in these investments will be weaker while 28% said it will be the same level of interest.

A number of investment managers have moved in the direction of ESG investing over the past decade (or more), readying product ranges for what was previously unseen demand for more responsible investors. These now stand ready to reap the rewards for their early preparation as we anticipate the figures above indicating a shift in mindset towards ESG will continue to rise.

Which of the following statement do you think applies to you and your children and/or grandchildren? Source: Research in Finance. All respondents with children and/or grandchildren (198)

RiF has launched the UK Responsible Investment Study (UKRIS), a regular study in this increasingly critical area. This study shall focus squarely on professional investors, retail and institutional, and their view of ESG and responsible investments.

This biannual syndicated study will truly be one of a kind, and as such aims to gather support from many asset management firms. For more information on this study email us here and the team will send you a synopsis of the project. 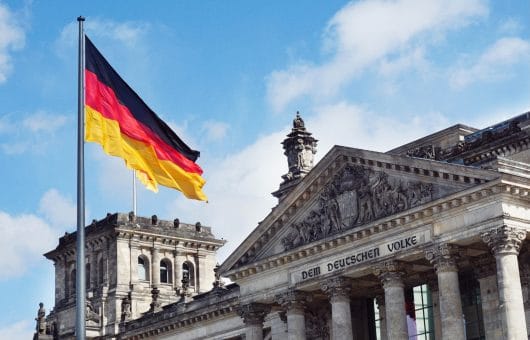 Why investors are watching climate developments